Top 10 Reasons I should make the Rapha Gentlemen's Ride team

The Rapha Gentlemen's Race is coming up in 5 weeks.  Competition is hot for a place on the six man team.  Here are the top 12 reasons why I should make the squad.

10.  I will channel the Badger, and smite our enemies. 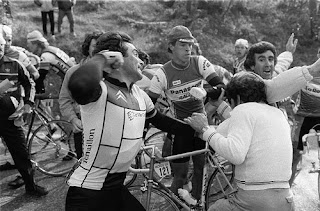 9.  I spend so much time in my Pain Cave, I decorated it with Ikea furniture.   Mmmmm, comfy. 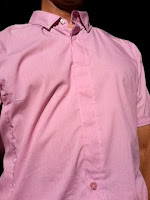 6. I am great to draft off of, unless I have had a burrito.

5.  I spent my kids' college fund at Studio Velo.

3.  I am the only one who knows where we are going. 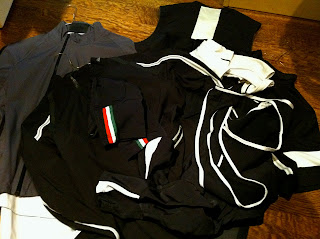 And the #1 reason why I deserve to be on the team......I will not have to stop for refreshments during the ride. 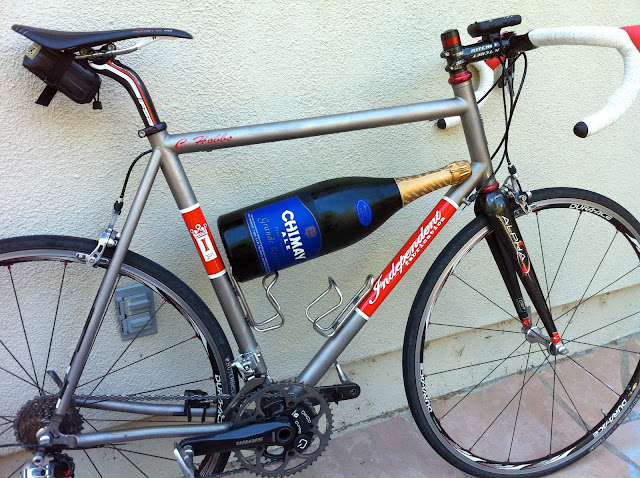 Tech Review - A week with the iPhone 4

So I went to the Apple store at 630am on launch day to see what the situation would be.  It turns out that even in suburban Corte Madera, the situation was bad--hundreds of people lined up.  I had not pre-purchased an iPhone 4 because, despite my love for my 3Gs, I just was not sure I wanted to commit to a new iPhone and another 2 years with AT&T.

Although, for as much guff as AT&T gets for its poor network, I have not had a remarkably better experience with Verizon.  I use a Verizon MiFi data card, and it can almost always get a signal, but the speed is not impressive, and it drops out from time to time.

So I decided that a new phone was not worth waiting all day, and went off to do other things.  On my way home at 330pm, I stopped by again to see what the situation was.  The line for walk-up purchases had dropped from about 200 people to perhaps 60, so I thought what the hell, I will queue up for a bit.

After about 30 mins, the Apple store employees counted up the people lined up and compared it to their inventory of phones.  I was to get the 2nd to last phone in stock, assuming I stayed in line.  Hmm...they hooked me.  But now the problem was that our line, though short, was not moving.  I took 3 steps in 40 minutes.  They were focusing on moving the line of people who had pre-purchased phones, which makes sense.  I was further alarmed when I found out that the people just getting into the store in our line had been in line since 8am, 6 hours previous.

Hmmm.  The right move would have been to leave and come back the next day at 8am to try and get a phone that had not been picked up by someone who pre-registered, but they had me hooked with the guarantee of a phone.  The experience of being in line was not so miserable, so I made the classic error of factoring in the sunk costs of my time so far in line and stayed.  The Apple Store employees brought us water, parasols, and even an iPhone cake!  The people in line were pleasant.

So after 3 hours I finally got my new phone hotness.  I had read by this time about the reception issues, but I always use a case anyway.  Of course, I had failed to anticipate a major failure on Apple's part.  If you can sell a flimsy piece of rubber for $29, why wouldn't you stock more of them?  Seems like cranking out millions of them would not have been that hard relative to the miracle of manufacturing so many complex phones for the launch.  And to exacerbate it, they are badly backordered online, and no one else has cases available.  This is a byproduct of Apple's renowned secrecy, because case manufacturers are not sure of the exact dimensions until the launch (they only get cardboard mockups).

Anyway, I finally got my digital hotness home.  I love the seamless experience of an Apple phone transfer.  Plug it in to iTunes, wait 45 mins for 32GB of stuff to transfer, and you are done.  So what do I think?  So far, I am not impressed.  It is a better phone than the 3Gs, but it is not a significant upgrade and it has some flaws.

It is faster, but not noticeably so.  If you have a 3G, you might be more impressed.  I really don't like the feel of the phone in my hand.  It weighs the same and is smaller in every dimension than a 3Gs, but it feels awkward in the hand and pocket because of its sharp edges.  Perhaps the case will sort this out.  It is also symmetrical, so you can't grab it and know without looking at it which side the screen is on.  The 3Gs has a nice organic shape that is more comfortable in the hand.

I prefer the old OS's double press shortcut to your phone favorites, which now brings up the multitasking menu.  You should be able to set this function, but I have not yet found a way to do it.

The screen is nice, but I really did not struggle with the old screen and I reserve most of my reading for when I am in front of a much larger screen.

Facetime is an interesting feature, but not one that I will use.  Perhaps if I traveled more.  Sound quality on the phone is alleged to be better, but I have not done any real testing.  I tend to use a bluetooth headset, and that reliably makes you sound underwater on any phone.  I also have not done any real scientific comparison of photos and videos on the new phone.  With a lens that is as small as a cameraphone's, you just will not get good pictures.  Period.  Even so, sucking less is a nice upgrade.  If I know I will be taking photos, I bring my Canon S90.

Now, I could always return the phone (you have up to 30 days), but I don't hate it.  I will keep it and stay with AT&T.  Android phones occasionally tempt me, but their media management is piss poor compared to the iPhone.  I will pay extra for a seamless experience, and iPhone/iTunes provides that.