You ain't from 'round here, is ya boy? 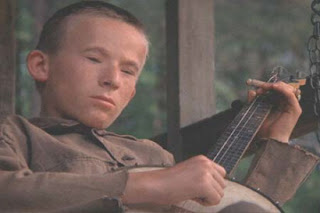 I have been thinking more recently about how different the Bay Area is from the rest of the country.  I am thinking specifically in my professional context as a tech investor.  Of course there are plenty of more obvious differences.  Just look how we vote in elections--our choices are closer to what you would see in Cuba than Kansas.  Priuses (Prii?) infest the highway, even though they are far from the most cost effective way to save the environment.  Ford F150s are few and far between.

I was at an investor conference near Santa Rosa on Thursday, and out of 200 people, only 5 raised their hands when asked "do you tweet?"  In Mountain View, no one would even bother asking the question anymore.  And the conference did not even post a hashtag--shock horror!  And yet the average education level and wealth of the audience was well in excess of what you would typically find in Silicon Valley.  To be fair, they were also generally older, but they were active investors in technology companies.  I checked in to the venue on Foursquare, and I was the only one to check in.

This funny post by Alexia Tsotsis brought it home for me with the video below.....


We live in a little tech bubble in the Bay Area, and I think it has adverse consequences for startup investing, because we assume that all people are like us, when, in fact, they are not.  There is a big, bad market out there made up of luddites, rednecks, yokels and others.  For most consumer-focused ideas, if you cannot win them over, you don't have a huge idea.

Foursquare is mega, dude!  And yet, only 4% of the people in a recent Pew survey use check-ins, and only 1% on any given day.  Facebook is mega...Foursquare is hip.  There is an important difference when it comes to the power to monetize.

I see a lot of companies have a very successful beta, and strong early adoption, but then they run out of steam.  This is where luck plays a strong role.  Timing can be everything.  If you are early on a trend, whether it be social networks, blogging, online music, whatever...you are doomed.  It might seem like it is a great idea because all your friends like it, but what does your mother think about your offering?  How will it play in Peoria?  Is the solution cool for its own sake, or does it solve a problem real people have?

Do you know any real people?

If you live in Silicon Valley, you probably don't.  Fortunately, you don't have to drive far to find them.  Head out to Rio Vista or Stockton to the east, Salinas to the south, or Santa Rosa to the north.  Here you will find plenty of "salt of the Earth" types, as well as some scum of the Earth mixed among them for good measure.

I was at the Under The Radar conference in Mountain View on Friday.  It was a welcome respite--back in The Bubble where geeks reign.  There were several startups, including Fanminder (in which I am an investor) promoting solutions that involved text messaging.  That seemed to fall flat with the audience.

Why would you bother with SMS?  In that room, you wouldn't, because 100% of the audience had a smartphone.  In the real world, a little over 20% of people have a smartphone, but almost everyone has a phone of some sort that can SMS.  It seems foolish to ignore 80% of the audience because they are unhip.   Of course, smarthphones sales are growing quickly, and, according to Neilsen, half of people surveyed indicated that their next phone will be a smartphone.  That still means that featurephones will be a big chunk of the total market for years to come.

I am perfectly representative of the Bay Area geek culture.  I got my first smartphone, a Blackberry, in 2002, I think.  For years before that I carried a phone in one pocket and a large PDA in the other (hence my preference for cargo pants in those days).  I carry an iPhone4 today, and it is my fourth iPhone.  My junk box has four Blackberries in it of various vintages, and a Nokia E61 (remember Symbian?).

I check in to the places I go about half the time, even though I get absolutely nothing in return except smug points.  I am the mayor of a dozen places, only one of which knows my name.   I tweet, even though most of my followers are Canadian online pharmacies and Russian prostitutes.  I blog, even though no one reads my drivel.

There are a lot of startups right now with products targeting me and my ilk.  The bad news is that they might get quickly to 50,000 users, and then they hit the real world.  Will it play in Stockton?
Posted by Unknown at 11:34 2 comments:

Email ThisBlogThis!Share to TwitterShare to FacebookShare to Pinterest
Labels: tech

I broke down (it did not take much) and got a new 13" MacBook Air.  It specs out almost identically to my year old 15" MB Pro, but at half the size.  The clincher was that they had the extra hot version in stock at the store--processor bump and 4GB of RAM with the 256GB SSD.  It will be replacing both my MB Pro and my iPad.

It is amazing how much lighter the Air is in my bag.  Technically I probably save less than 3 pounds between the laptop and the power supply, but it feels like a lot.  I am going to need to get a smaller bag, I guess, but now I seem to have tons of room.

I am using a Rapha backpack, which I highly recommend.  Lots of storage in a slim profile.  It is designed for commuting by bike, but I find that the slimness works equally well when wading through a thicket of people at a conference.  I don't need to carry much.  Laptop, charger, cards, checkbook, moleskin notebook and pen (having an analog backup is a good idea, and some people take offense when you pull out a laptop during a meeting), energy bar, iPhone charger, Clipper card, MiFi, Tylenol.  I still have room for all the paper crap they give out at conferences, and to stash a lightweight jacket and inflatable lumbar pillow.

It boots up in about 15 seconds, 3x as fast as my MB Pro.  The screen is smaller, but with the same number of pixels, so I don't really lose any screen real estate.  That is important, as I work in multiple windows.

The MB Pro is now unloved.  I have the last generation that had easy to swap hard drives.  I am thinking about throwing an SSD in it, but they are still so expensive at retail, so I will probably just sell it.  Between my iMac and the Air, it no longer has a place.  When I got it, it was my only machine, and it served well for that.  I got an iMac for more processor intensive activities and to have massive screen real estate (27" main screen plus a 20" next door--that is 5.6 million pixels).  Now the laptop is only for when I am on the move, and the MB Air is plenty powerful, and super portable.  In fact, it would be my choice as my only machine if I had to pick one.  The only place it starts to choke is on multiple video streams, and I really never need to do that.

More later on iPad vs. Air.
Posted by Unknown at 13:29 No comments: